The CAD systems assist dispatchers in issuing safe train movement authorities, while integrating resource planning to keep moving trains efficiently. In this article we would like to share PSA’s experience in the development of CAD for US East Coast freight railroads. The system was developed to plan and control train movements. Dispatchers can easy track and control the status of trains, tracks, and field units being dispatched. Additionally, the project introduced two vital areas to the software dispatching system being Positive Train Control and Optimized Traffic Planner. 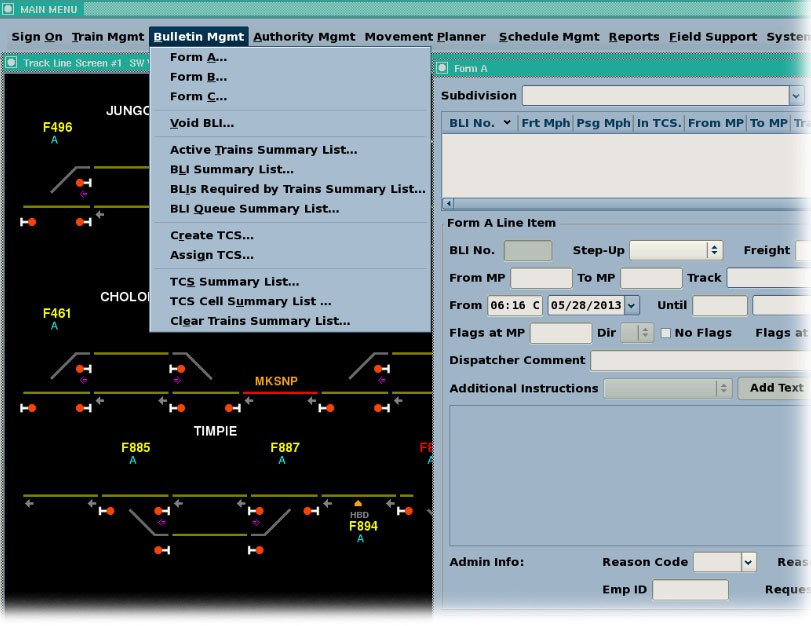 The Scope of the Project

PSA’s 17 engineers worked about 3 years on this project. During this period, they performed the detailed design, software requirements specification analysis, code development, unit testing, test cases definition and functional testing of the system.

As the CAD system consists of several subsystems, the project was divided into 9 general sub-projects:

The main objective of this sub-project was to make changes in the already existing Alarm Subsystem in accordance with the given requirements. PSA’s team updated Alarm Queue Form, and added such features as sound support, event log support, alarm coloring based on priorities, and others.

Under the railroad simulation implementation sub-project, we developed the simulation environment imitating different railroad objects for testing of a CAD system and for training of dispatchers.

The sub-project was aimed to complete a number of Software Change Requests (SCRs) for the Bulletin Management subsystem. The subsystem provides the train dispatcher with a capability to manage train speed and movement restrictions.

As a part of a CAD system, the Signal Maintenance routes designated system alarms to the Network, provides means to send and receive Signal Problem Reports. It enables the main system users to manage the reports and review log information via the event logging review feature.

OTP is an advanced planning engine that solves complex logistics problems under changing operating conditions to maximize capacity and increase average velocity. During the OTP sub-project, a senior software engineer from PSA performed the following tasks among others: implemented planning, optimized the algorithms used in the Train Planner, implemented and tested new functionality for supporting application tasks.

The primary objective of the sub-project was to develop a new graphical user interface (GUI) for freight railroad dispatching software, as well as the visual representation of train movement.

The sub-project involves the implementation of data exchange to the dispatching software that sends data once a predefined event occurs. For example, a train dispatcher switches a train signal, or a train reports its location. Data received from the external system is processed immediately after being received and provides schedule and other maintenance data to dispatching software.


Tools and Technologies used in the process:

PSA’s engineering team is proud to successfully complete this complex project, thus contributing to the railroad safety improvement. If you are interested in talking to our development team about a concept you would like to create or a project you are currently working on, get in touch with us at contactus@psa-software.com. 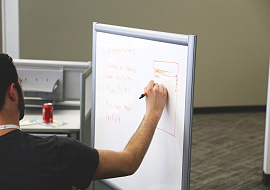 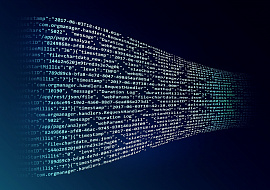 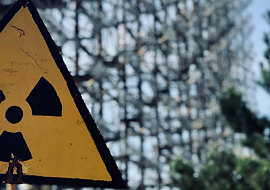 Why accurate and reliable radiation detection devices are on the rise.