In 2010, an American multinational corporation, which supplies the equipment and components for petroleum exploration and production to various countries around the world, contracted PSA to develop an oil well production tracking application.

The original concept behind the development of this application was to provide significant optimization in the workflow of oil and gas drilling equipment. It not only included the ability to generate reports that would prevent potential breakdowns but also to eliminate existing ones.

This application added flexibility to the working process by allowing employees to be present in the field or control the entire workflow remotely.

The customer expected a rich and user-friendly graphical interface while maintaining the corporate style and colors .

The primary objective for this project was to create a web-based, customizable dashboard environment for tracking the drilling and production process. This application would presumably improve electronic data acquisition and processing though importing and receiving data summary reports on oil rigs. Development involved the creation of the user interface pages and controls, database tables, and programmatic service interface required by the DrillWell web application modules.

For the design solution, PSA engineers used the third-party library Telerik, which provided a large amount of the initial functionality requirements. In order to correspond with the customer's corporate style, the team had to make many modifications to the provided source codes.

The portal was to include a wide range of user rights and permissions settings. This had a gradation of actions within the portal, along with a description of the features and their functions. The system users were to have assigned roles which allowed the opportunity for user-enabled features. PSA then developed a system for creating the roles/features that were stored on the database and managed through the portal. A mechanism was introduced in the code that allowed flexibility within the system to utilize features based on their attributes.

Given the complexity and large scale of the system’s functionality, as well as the vulnerability of the existing logic, PSA implemented an automated testing feature available in each new device.

The next issue was the system’s extensive amount  of data that it produced and utilized for operation. To provide a holistic solution, PSA introduced a system of reporting and subscriptions to allow report updates periodically, rather than receiving real-time data in those areas enabled. Profiling was then carried out after numerous changes were made to the queries, database, and the data structure itself. In addition, indexes were added and updated.

An additional mandatory requirement was to create a customized dashboard that included a reporting system. PSA provided this fully-built system from scratch. 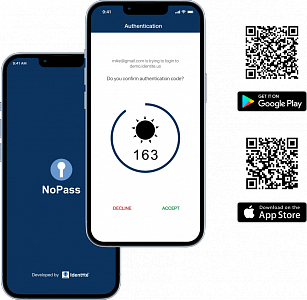